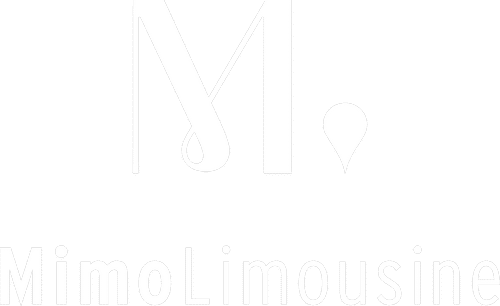 Montreal is a fabulous city that has plenty on offer for tourist from around the world. With great food, lots of cultural things to do and events all year round, it is always the perfect time to visit this dynamic city. Whether you are looking for a long hot summer or a brisk snowy winter, Montreal has everything you could ever want or need.

Montreal is conveniently close to Quebec and Ottawa, but is also on the doorstep of the wild vistas of northern New York and Vermont. With so much around, Montreal has become a tourist haven, ideal for those looking for city life and entertainment as well as those looking for a base before venturing into the great outdoors.

There are 4 airports that are close to Montreal and are ideal for getting to the city from further afield. Montréal-Pierre Elliott Trudeau Airport is within Montreal and may be accessed through various international airlines as well as domestic flights.

We’ll go over the airports surrounding Montreal further in this article. It’s important to note that whichever airport you choose to fly into, getting to Montreal from almost any destination in the world could not be any easier. The city itself is well connected and you can hire a car service to get you to your final destination from any of the airports.

At Mimo Limousine our airport limo service can take you to and from all of the airports below:

Just to the west of central Montreal in the city of Dorval, Montréal-Pierre Elliott Trudeau Airport is the top of the list for convenience. It’s the largest airport serving Montreal with an annual passenger count of 18+ million people (according to Wikipedia).

A mere 19km from the centre of town means that in just 20 minutes you could be exploring the city at your leisure. Air Canada is naturally the main airline providing services into Montréal-Pierre Elliott Trudeau Airport but you can also find flights from airlines including British Airways, Lufthansa and Qatar Airways.

The airport itself is well presented with various food and shopping outlets to choose from. There is a Marriott Hotel attached to the airport and a currency exchange too. You can even get a spa treatment while you are there! The airport also offers adapted service to disabled passengers including those with hearing impairment or reduced mobility.

North-East of Montreal, Québec City’s Jean Lesage International Airport is around 260km away from central Montreal and around 2 hours 40 minutes’ drive. While it is not the closest airport, the drive is rather beautiful with lush green surroundings. The number of airlines providing services is much smaller but includes Air Canada and Air Inuit, which provides flights to internal destinations including Montréal-Pierre Elliott Trudeau International Airport.

There is just a small area offering food and shops but a major benefit of this airport is the family zone which is equipped with a soft play area for children to enjoy. There is also a luxury VIP lounge if you are looking for something a bit more special. As the airport is so small, it is very easy to get around.

In the state of New York, Plattsburgh International Airport is known as “Montreal’s US Airport” and is around 110km from central Montreal, 1 hour and 20 minutes’ drive south down Route 87. You will need to plan your trip across the border in advance, but waiting times are generally less than a few minutes.

Plattsburgh International Airport is very much a local airport and is only served by 3 companies: Allegiant, PenAir and Spirit Airlines. Each of these airlines offers a range of destinations within the USA making this the perfect airport for continuing your travels around America and going into Canada. The airport itself is tiny, with just one food stand offering drinks and sandwiches.

Located in the friendly state of Vermont, Burlington International Airport is another great option available to you. At about 150km south of downtown Montreal, it’s a short 90-minute drive. Similar to Plattsburgh Airport, you’ll need to plan ahead with your commute to figure in the border cross waiting time.

Burlington International is northern New England’s most convenient and welcoming airport. For your convenience, their terminal is open 7 days a week, 24 hours a day. Located adjacent to Burlington, this airport is only an hour away from five world-class mountain resorts. Business and leisure travelers alike appreciate BTV’s friendliness, excellent on-schedule record, and direct flights to many major cities. Beautiful, friendly, efficient and convenient!